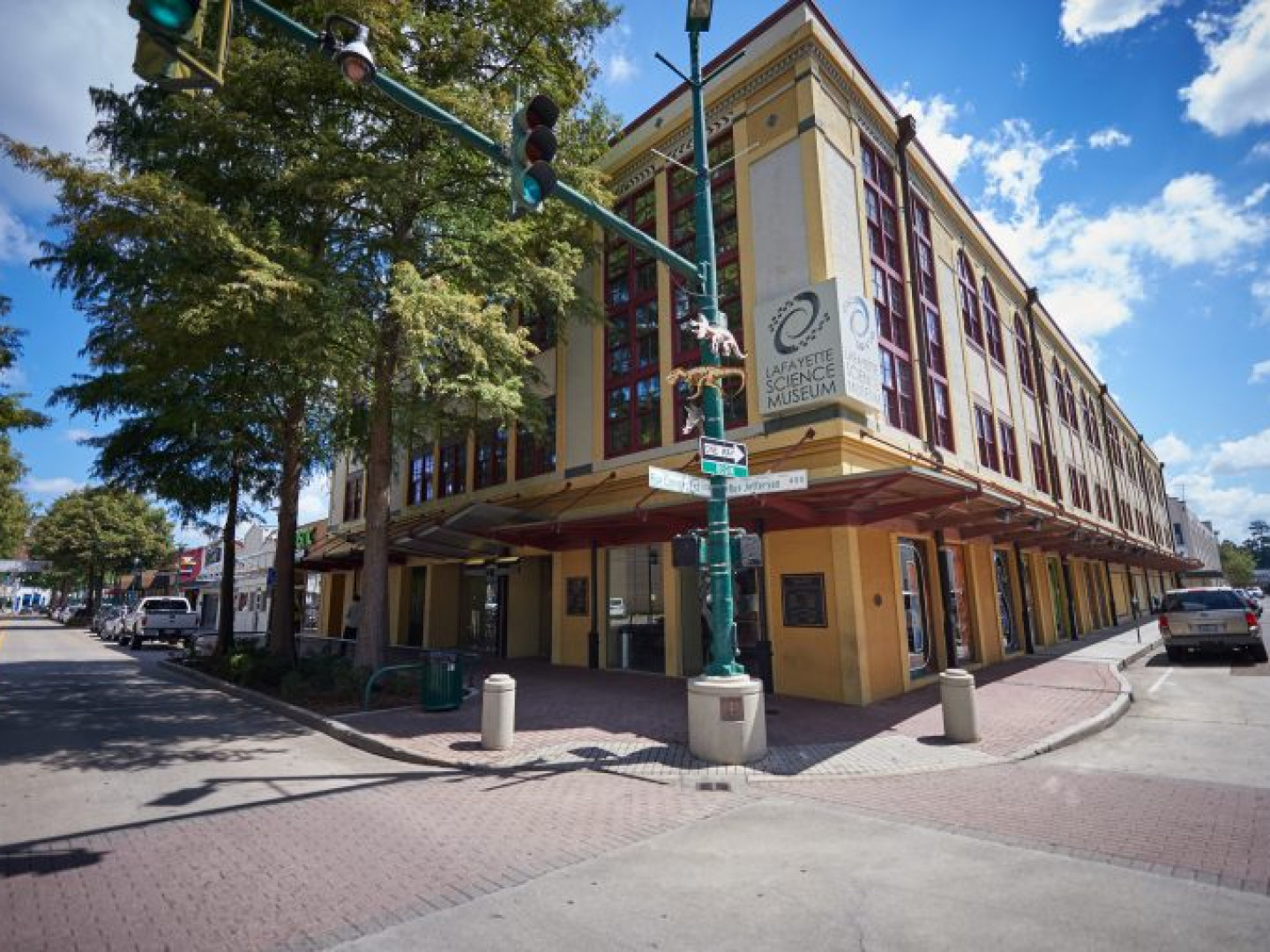 Serving as a playful portal into a vast universe of discovery, The Lafayette Science Museum offers a fun, hands-on experience for curious minds of all ages. Located in the heart of downtown Lafayette, the museum houses exhibits and installations that are sure to enlighten and educate while proving that you’re never too old to learn something new – and, of course, have lots of fun in the process.

In 1969, the Lafayette Natural History Museum and Planetarium began as a community project designed to provide science enrichment to area schools. Started by the women’s organization, Les Deux Douzaines, the museum existed solely as a volunteer program that visited junior high and elementary schools to provide field trips and events focused on science education. Seeing the need for more than what they were currently offering, the museum quickly moved into a location in Girard Park designed by Neil Nehrbass, the architect also responsible for designing Lafayette’s CAJUNDOME.

In 1992, the museum began operating its exhibits (as well as its gift shop) inside of the former Heymann’s Department Store and, 10 years later, officially relocated all of its operations to the downtown building. The large collection of exhibit pieces and archived materials, as well as its all-digital planetarium, now sit at the heart of the city on Jefferson Street. In 2009, the museum was rebranded as the Lafayette Science Museum.

The Lafayette Science Museum is funded by a board of directors, the Lafayette Consolidated Government, and private donations. The museum’s ongoing acquisitions of new items, installations, and events, as well as partnerships with the University of Louisiana at Lafayette and other educational programs and institutions, wouldn’t be possible without the people of Lafayette’s support.

The museum's staff has been hard at work researching, developing, and partnering with organizations around the world to keep fascinating exhibits and pieces within the downtown building. The museum’s planetarium, part of the list of exhibits since the beginning, has undergone numerous upgrades over the years. It features daily showings of the night sky, as well as programs, both educational and entertaining, shown regularly along its domed walls.

“The museum is always working towards having something new to show the people of Lafayette,” says Kevin Krantz, the museum's Director. “We’re a museum with a ton of history. But, we’re focused on the future and continuing to grow into something that you don’t want to miss.”

The Lafayette Science Museum is a regional science museum serving families, schools, and visitors. By applying the latest technology to interactive experiences and immersive education we strive to promote interest and inspire careers through science, technology, engineering, and math.